A Speedy History on Carbon Capture and Storage 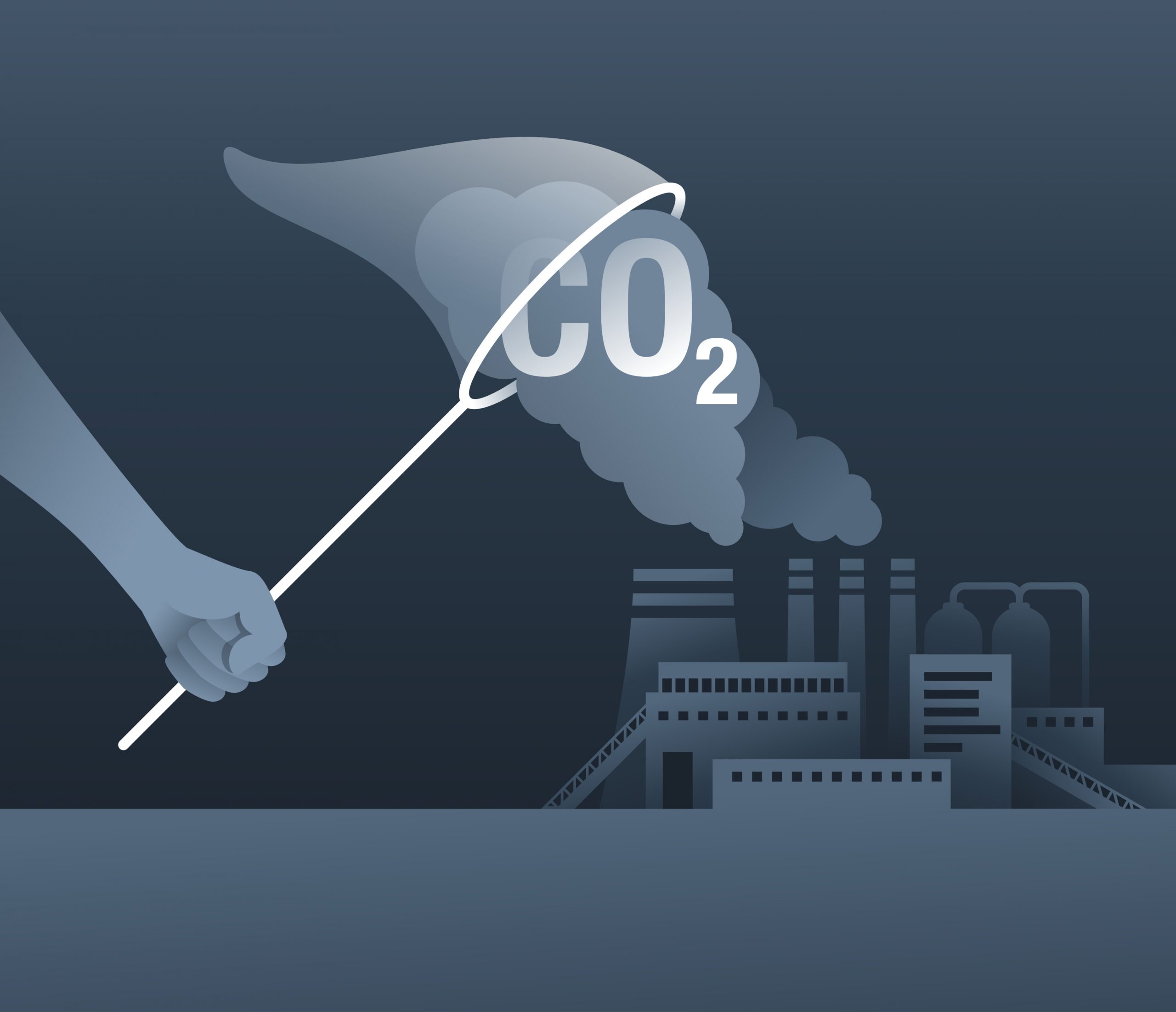 Excessive carbon dioxide (CO2) is horrible for many reasons! It increases the greenhouse effect, traps the sun’s heat energy within the atmosphere, and warms our oceans. And for a more personal reason: as carbon dioxide levels rise, it replaces the oxygen levels humans need to breathe and function properly. Reducing carbon dioxide levels is one of the biggest goals for human beings. Carbon dioxide levels affect everyone living today and the quality of life that future generations will have.

One possible solution that has been rising over the last few decades is utilizing CO2 capturing technology. The goal of capturing CO2 is to prevent more CO2 from being released into our atmosphere.

Capture technology has been around since the 1920s, used to separate saleable methane gas from natural gas reservoirs. In the 1920s, the car industry began to blossom. An average American household has one to two cars. In 2019, about 29% of the United States’ greenhouse gas emissions came from the transportation industry.

In the 1970s, many oil facilities started to inject captured CO2 into pipelines to increase the amount of oil taken from the source. This process is known as Enhanced Oil Recovery (EOR). EOR restores formation pressure to produce more oil and increase the lifespan of the oil-producing field. This practice led many companies to use CO2 for jet fuel, automobile seats and biofuels, and building materials and is still common in many oil fields in the USA and other countries.

In 1996 Norway launched the Sleipner CO2 Storage project.  “Each year, about 1 million tonnes CO2 from the natural gas is captured and stored at Sleipner.” The success of this facility has opened up the conversation about the long-term effects of storing carbon. The Sleipner project was the beginning of many other projects.

How Does Carbon Capture and Storage Work?

Similar to how an air filter removes pollutants within a room. Carbon capture and storage (CCS) technology separates carbon dioxide from other gases, and then it is compressed, transported, and injected into a permanent underground storage unit. 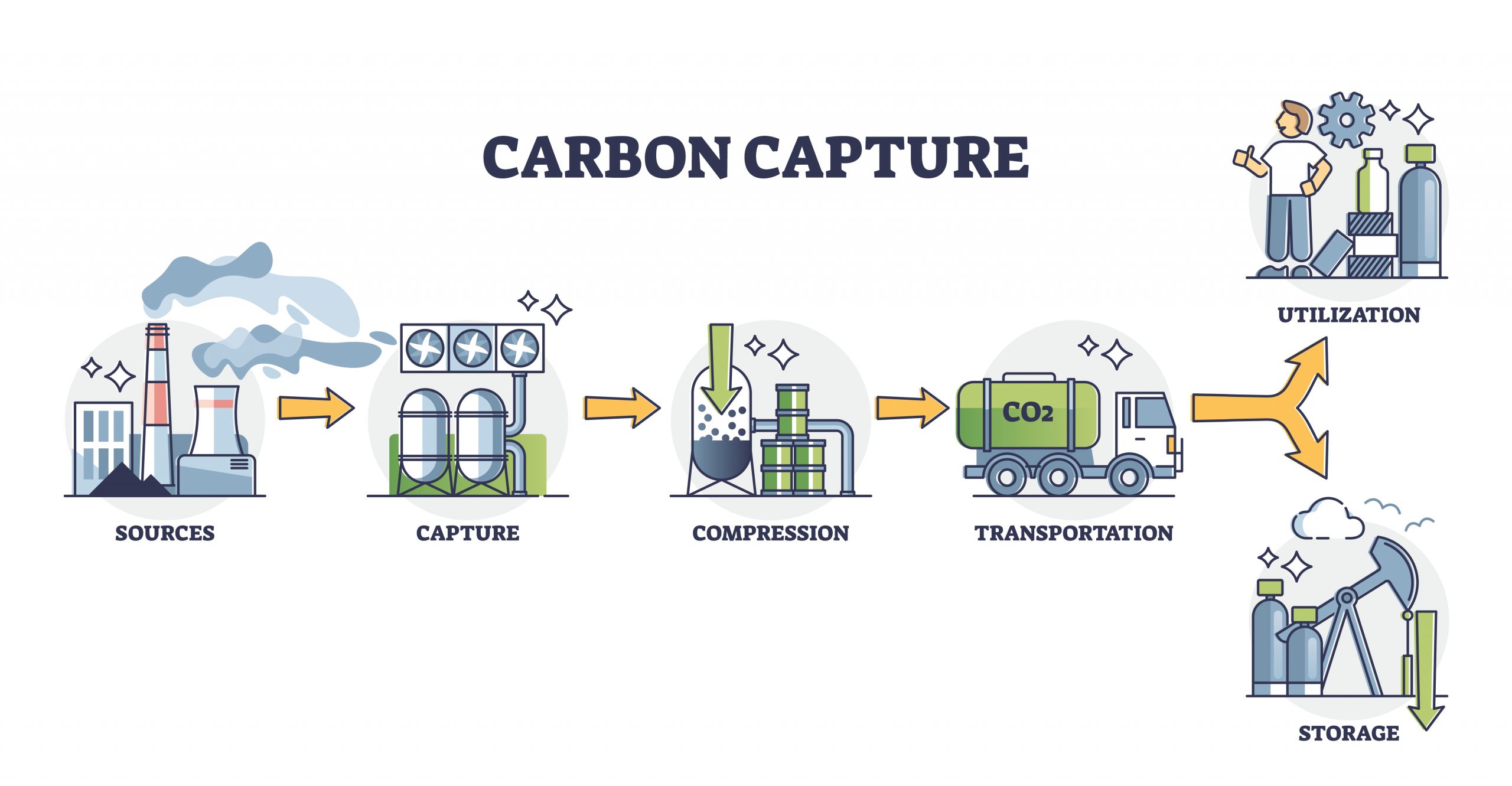 Carbon capture and storage technologies could dramatically reduce CO2 emissions released into the atmosphere. If CCS practices continue, researchers estimate a reduction of greenhouse gas emissions of 19% by 2050.

And another good news is experts predict CCS practices can be sustained for many centuries to come! Scientists also believe using CCS technologies is vital to combat global warming effects such as rising sea levels, greenhouse emissions, and more.

Currently, 15 direct air capture plants are operating worldwide, with more to come. Each year these facilities capture more than 9,000 tonnes of CO2 per year. This number sounds enormous and makes it seem like everything is peachy.

But in 2020, the world produced 32 billion tonnes of CO2 emissions. From a number perspective, we would need about eight million facilities to capture the world’s annual carbon emissions. As we anticipated, we know trees and the ocean helps with converting CO2 to oxygen and somewhat lowering CO2 levels. But the environment can’t be the only thing putting in the effort. We have to continue to support innovative carbon capture storage projects.

Be part of the solution!

WellPlanet Project is dedicated to being a part of the solution. Many current CCS technologies look at using CO2 to create something else. Although recycling is better than not recycling, the CO2 will still be re-released into the atmosphere. WellPlanet’s goal is to capture as much CO2 as possible and permanently remove it from the atmosphere.

They are building an innovative facility that will capture CO2 and permanently remove it from our atmosphere by placing it in deep underground storage. This facility will remove the same amount of CO2 as 400 million trees. Their goal is to continue growing and building more facilities to help remove carbon dioxide from our world.

Tackling this complex and colossal issue requires everyone to get involved. Check out the many ways you can help mitigate climate change.

Make sure you stay up to date with the efforts by following, subscribing, and joining WellPlanet Project as they embark on this journey of saving the planet!