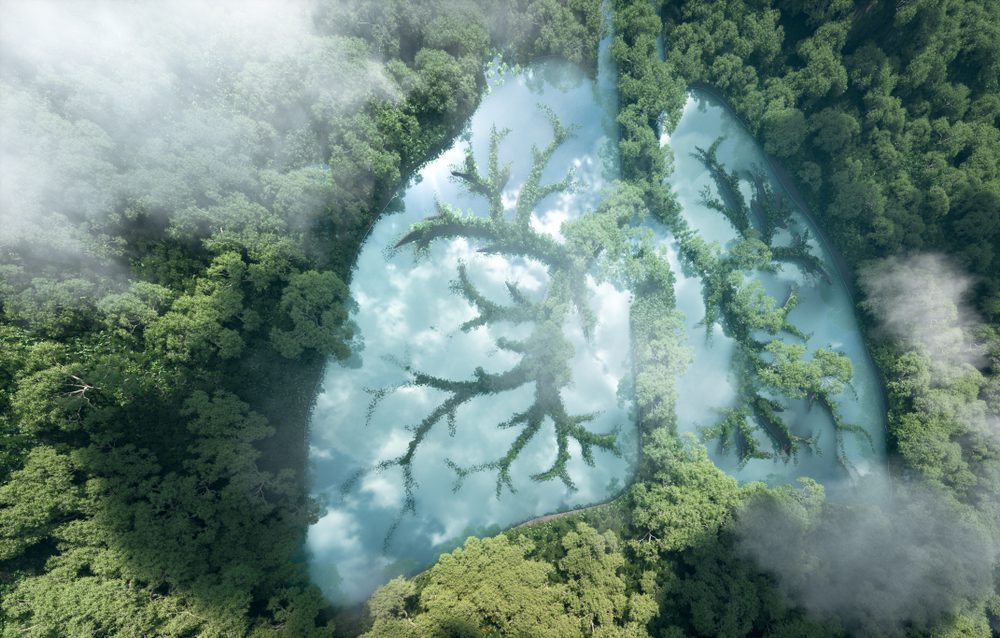 Rainforests are the Lungs of the Planet

Do you remember learning that we should save rainforests because they are the “Lungs of the Planet”?  Me, too.  But that rainforests-are-the-planet’s-lungs mantra is not supported by evidence.

Is it a good idea to preserve and protect unique rainforest biomes?  Yes, a thousand times, but not because they absorb more CO2 than they release. Tropical forests are now net carbon producers.

Check out this graphic, which spotlights carbon-producing areas in yellow

And now take a look at a map of Earth’s primary rainforests.
Notice how the rainforests often overlap with areas of net carbon production 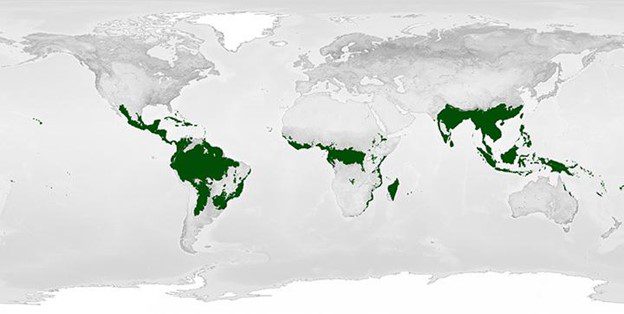 First, what exactly IS the rainforest?

As the name implies, rainforests are ecosystems dominated by trees that receive a lot of rain.  People quibble over how wet an area must be to qualify as a rainforest.  Still, Britannica estimates the average annual rainfall in rainforests with no seasonal variation at 70 inches or more.

Although there are some temperate rainforests, the world’s largest rainforests are in the tropics.  Huge tropical forests can be found in the Amazon Basin in South America, the Congo River Basin in Africa, and large swaths of Southeast Asia.

Tropical rainforests feature three dense canopies, or layers, of vegetation.  Consisting of trees that can top 160 feet, the upper canopy keeps most sunlight from reaching the lower layers. That limits photosynthesis, the process by which plants “breathe in” carbon dioxide and “breathe out” oxygen.  So it’s not exactly a correct characterization to consider rainforests as the planet’s lungs.

According to NASA, rainforests house half of the Earth’s life forms and contain more than half of all the carbon in vegetation. They have traditionally served as a natural brake on the rise of carbon dioxide in the atmosphere from human activities because the trees store carbon as they grow.

In the past 100 years, 15-20% of rainforests have been cut down, and another 10% has been degraded.  Today’s warmer climate, which leads to larger, more frequent forest fires, increases the rate at which forests release CO2 to the atmosphere as they decay or burn.

A study published in the scientific journal One Earth debuted a Tropical Rainforest Vulnerability Index (TFVI) to help understand the stresses rainforests are facing.  This index pinpoints and evaluates global tropical rainforests’ susceptibility to escalating threats from human activity and climate change. 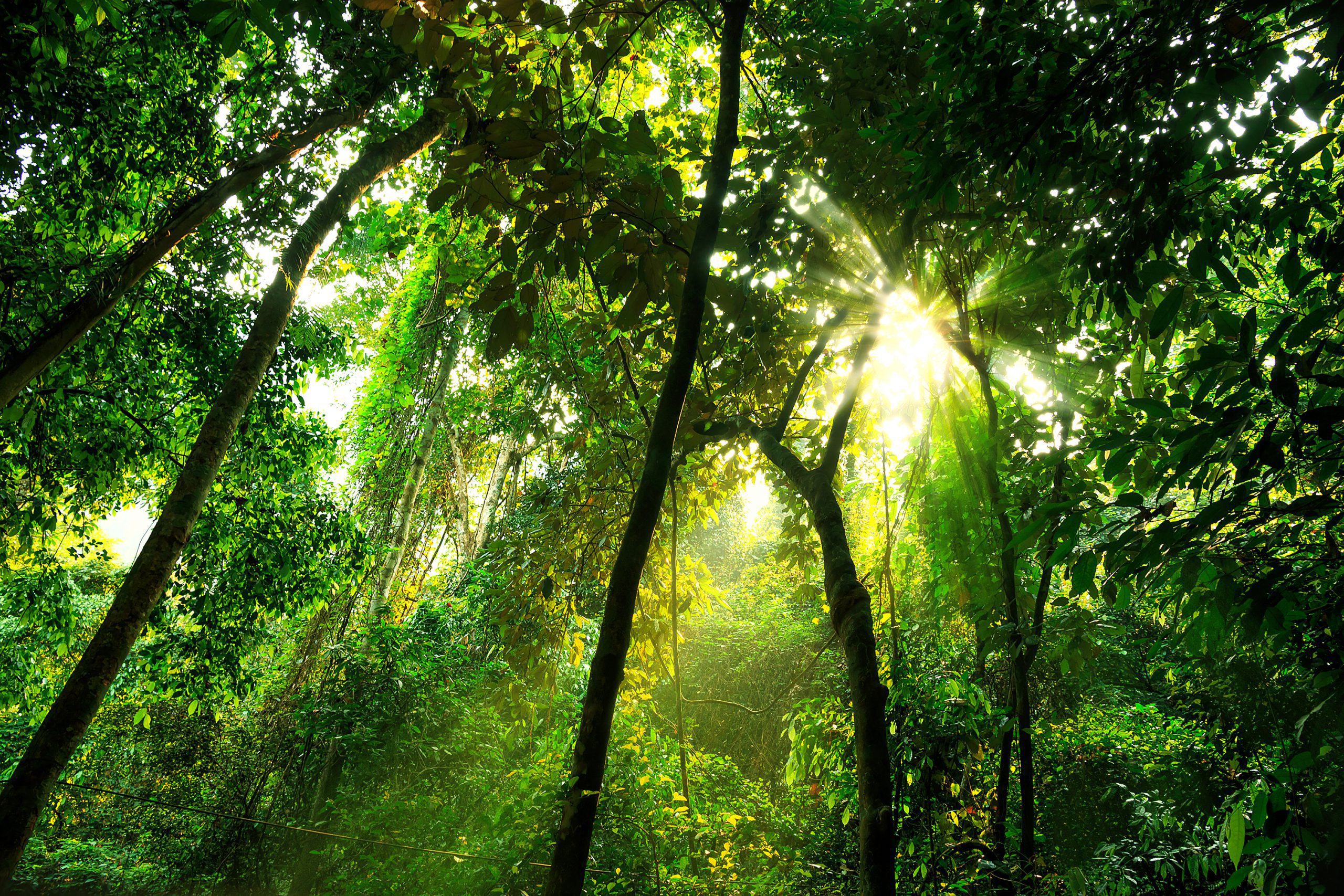 “Rainforests are perhaps the most endangered habitat on Earth threatened by large-scale land-use activities to clear land for farming or to harvest trees for timber.  At some point in the early 2000s, threats from climate change started to rival land-use as the most important impact on habitat degradation and biodiversity,” said Sassan Saatchi.  Saatchi, a carbon cycle and ecosystems scientist at the Jet Propulsion Laboratory of the California Institute of Technology and lead author of the study Detecting Vulnerability of Humid Tropical Forests to Multiple Stressors, continued, “The average temperature has risen across rainforests by 1-1.5o C.  In some parts, the dry season has expanded for almost a month over the past four decades, and severe droughts have hit different regions of rainforests 3-4 times since the early 2000s.”

Scientists found that the Amazon Basin has been particularly hard-hit by both a warmer, drier climate and changes in human land use (including Brazil’s thirst for more pasture for its famed beef cattle).  Its disturbed or fragmented areas have little resilience to global warming and droughts.  Africa’s Congo Basin is going through similar warming and drying trends, but it’s better able to cope with those stresses due to its overall drier climate.  The TFVI shows that land use and fragmentation impact Asian rainforests more than climate change.

Can we turn rainforests back into carbon sinks?

With international cooperation and concerted effort, we can stop the degradation of the rainforest.  Then we can help restore it to its proper place as a carbon sink.

What else can we do to heal the planet?

Rainforests, oceans, polar ice caps, you name it—no ecosystem on Earth is impervious to climate change, which is directly tied to increased CO2 in the atmosphere.  One quick way you can help limit temperature rise is by supporting carbon capture and sequestration projects like WellPlanet Project.

By working together, we can help heal our only planet.  As you take action to support WellPlanet Project, we’ll support you by entering you in a drawing to win one of 20 planet-protecting Teslas.  Check here for details on winning a Tesla.