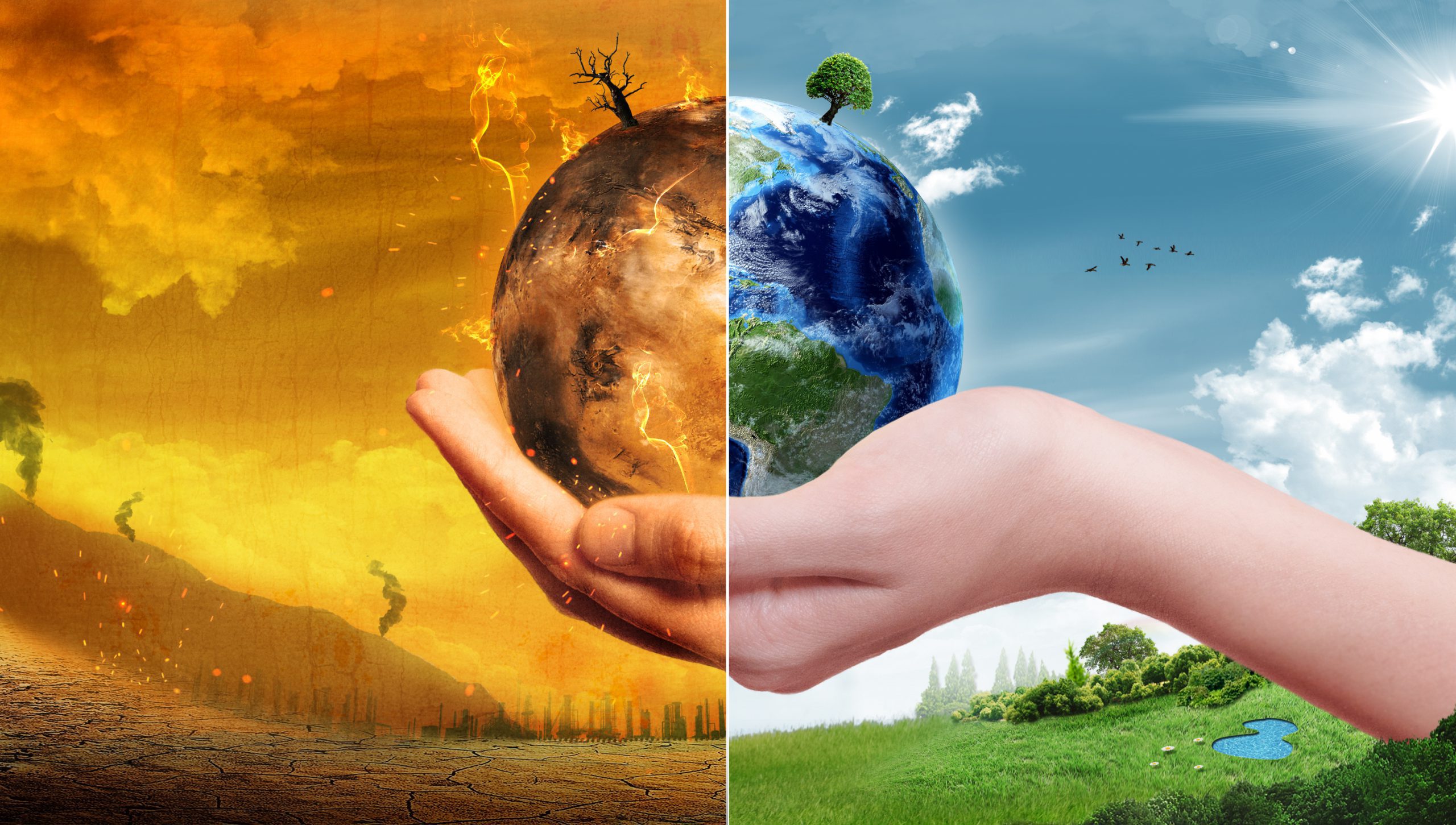 I don’t know about you, but hope for the Earth has been an elusive thing for me in the last few years.

It’s alarming to see how climate change alters the planet, even terrifying. Between melting glaciers, rising tides, rapidly changing seasons, and leadership that does little to stop it.

The Earth’s fate is dark.

I know many people who wonder if it’s even ethical to have kids if there isn’t going to be a habitable place for them to live.

It’s easy to feel hopeless and even useless in the face of this reality. Even if we switch to reusable bags and swear off single-use plastics, will it make any difference? Is there any possible way we individually can counter the climate crisis?

The reality is we can each help save our planet–but only if we act and move quickly!

One of the biggest threats to our world is the excess of CO2 in our atmosphere. Many natural ways the world controls its carbon levels are decimated by deforestation and commercial fishing. But not all is lost. Through a process called C02 Direct Air Capture, we can handle this problem while we rebuild these natural resources.

It’s not technology that’s improbable or out of reach. In fact, there is one group of people fighting to make it an everyday reality—The WellPlanet Project.

WellPlanet Project’s mission is to build a C02 Direct Air Capture Facility that will trap carbon out of the air and compress it underground, out of the atmosphere.

This technology may seem new and different, but it’s been around for over a decade.

I will break down exactly how and why it works and its hope for our future:

Simply put, CO2 Direct Air Capture happens when industrial fans suck up air and process the carbon out of it. There are multiple ways to do this, including liquid chemical means, but the most accessible way is through advanced filters that bind the carbon until it’s in the proper place to release it.

Instead of entering the atmosphere, the remaining carbon is stored underground or reused in industries such as food and synthetic fuel. The latter is more cost-effective; however, it doesn’t help the environment as much as the former. 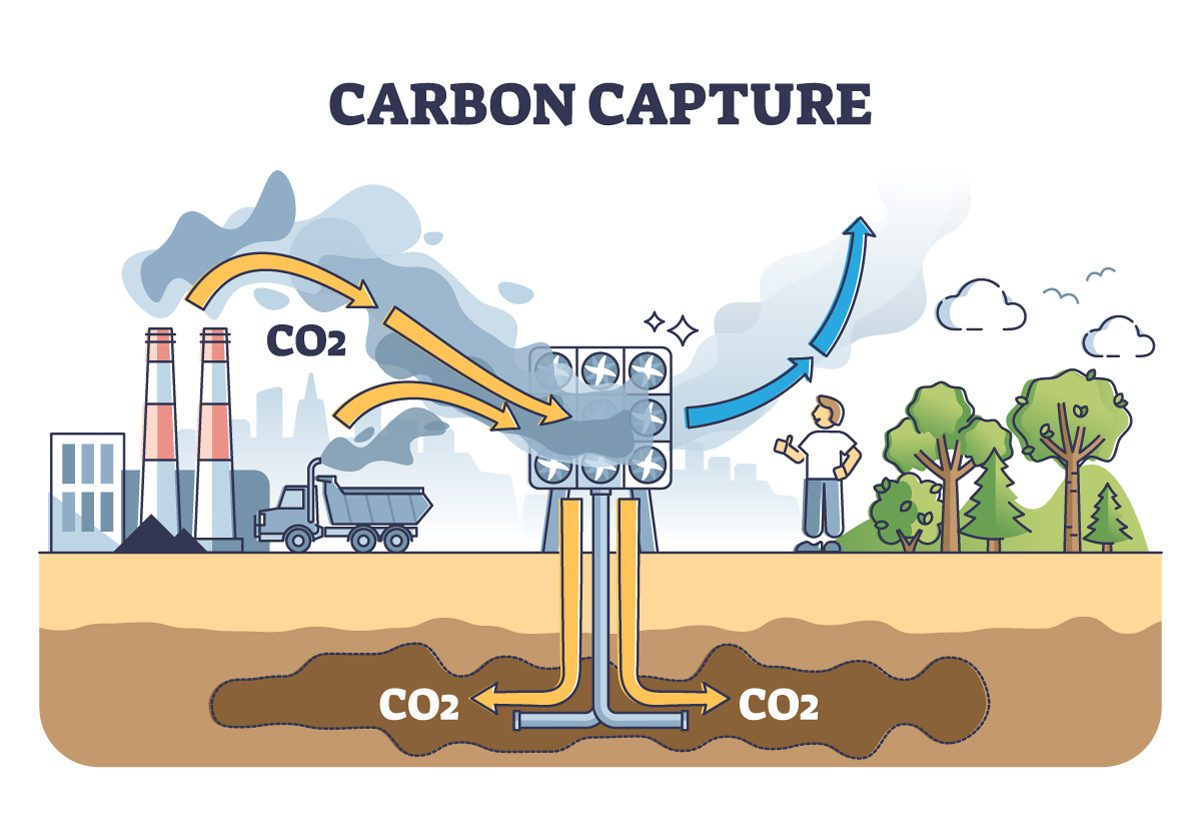 Direct Air Capture is one of the few practices of physically removing carbon that is practical and achievable and keeps our CO2 levels balanced – which means we don’t have to rely on large companies to reduce their ecological footprint strictly.

While we should still concern ourselves with industries that are difficult to carbon manage, these facilities can help mitigate the additional output.

Another exciting aspect of this process is that it can be conducted anywhere with the proper equipment and space. Think of all the acres of barren desert or even golf courses in the country. Now imagine just a few of these Direct Air Capture Facilities in that space, reducing our carbon levels as we go about our lives improving the environment in other ways.

Suddenly, the future looks much brighter!

This technology tells us we may not have yet irreparably damaged our atmosphere. At first glance, it might seem too good to be true.

After years of grieving our planet’s future, I didn’t believe it at first. Many conservationist groups operate only for profit or are incentivized to disguise our Earth’s real problems.

But this technology has been verified by scientists worldwide, and it’s getting results.

However, we must look at all sides of a solution before embracing it.

One concern might be how much energy and power it takes to run one of these systems. However, think about those trying to build them—the same folks advocating for clean and reusable energy. Well, clean, reusable energy is exactly what these facilities will run on!

Another concern is cost. Between the cost of constructing the facility and operating costs to run it, the price is high! Compressing the CO2 below the surface of the Earth is more expensive, as it requires a lot of pressure.

Consider the amount of wealth amongst our country’s billionaires. Just a fraction of that could fund these projects and save our planet!

There are 19 Direct Air Capture Facilities already at work across the globe. Just one of these reduces the same amount of emissions that stopping 300,000 homes from using electricity for one year could. Imagine the difference 50 or even 100 would make.

Thankfully, this hope is much more achievable than we might think. The team leaders at WellPlanet Project are actively working to raise funds to build a facility that would remove ten megatons of CO2 per year–the equivalent of planting 400 million trees–and you better believe they’re not going to stop there.

Powered by solar and geothermal power, this technology will store the carbon underground, not returning it to the environment. Upon completion of one facility, they’ll begin another and another until we reach zero net carbon emissions.

You don’t have to be a billionaire to help the WellPlanet Project!

While they are actively seeking out the wealthiest of investors to fight climate change, there are many ways to get involved as a typical individual.

We can all help fight climate change by spreading the word about WellPlanet Project and contributing to their cause.

You can do as much as sponsoring parts, bricks to build the facility, and solar energy farms to sustain it, or as little as following and sharing their social pages.

The most important thing you can do as an individual is to share the hope WellPlanet Project brings—and it’s not without reward. You can enter a contest to win a Tesla just by engaging with them online.

There is still hope if we work together and refuse to give up.